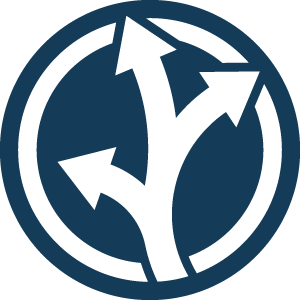 The “Haften” project is a project carried out under the Erasmus + KA154 Dialogue with Decision-Makers Program (project number: 2021-1-PL01-KA154-YOU-000020295). It aims at creating  a space where LGBTQ+ people and people interested in LGBTQ+ rights in Poland and Portugal can exchange information and discuss in a supportive environment queerphobia that they experience or witness on a daily basis. The aim of the project is to collaboratively produce two exhibitions that address the issue of queerphobic violence and to create a communication strategy with decision-makers to whom the project members wish to present their situation and views. The project is both educational and community-oriented. Through conversations with decision-makers, project members hope to develop concrete proposals for change and methods to counter discrimination and exclusion. 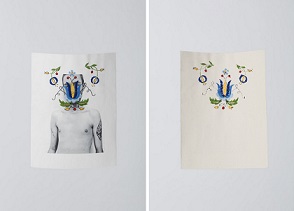 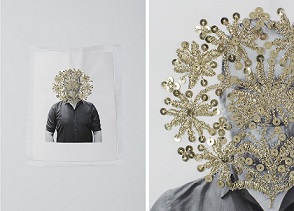 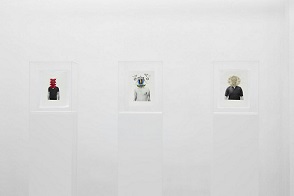 The project will include two exhibitions – one in Poland (Radom) and one in Portugal (Braga) as well as a panel discussion with the decision-makers. The exhibition will feature a series of 10 black-and-white, large-format portraits taken with an analog camera. The photographs are printed on silk, the faces of the portrayed are covered with colourful embroidery stitched with silk thread. The people in the photographs come from small Polish towns and villages, where they were discriminated against because of their sexual orientation. Each embroidery corresponds to the culture of the region in which the portrayed person was born and grew up. The work was created in collaboration with local embroiderers.

The title of the project is the German word – “haften”, meaning “to cling”, from which the Polish verb “haftować” is derived. This origin conveys an ambiguity – embroidery is both decorative and “abusive” – it strongly adheres to the fabric, covers it, pierces it, obscures it and imposes a pattern. In the “Haften” project, handicrafts practiced by small local communities are used to hide the true identity of the photographed models.

In this way, the project addresses the issue of non-heteronormative experiences of violence. It is a commentary on how the current socio-political situation in Poland affects LGBTQ+ people who live outside major cities. In order to avoid ostracism, they usually have to hide their identity and/or orientation, wearing a mask imposed on them by the local culture. The decision to come out is a risk that not everyone can afford to take.

Accompanying the photographs in the exhibition will be a text describing the experiences of queerphobic violence and, as a counterbalance, fragments of queer utopia – descriptions of hopeful, allied gestures and examples of supportive people who can be found in smaller towns. 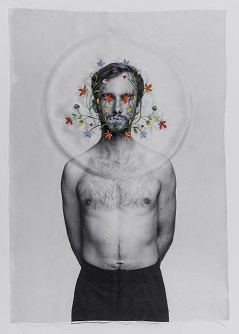 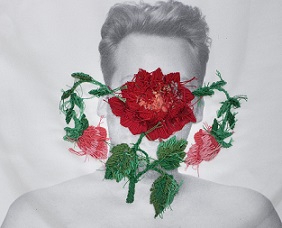 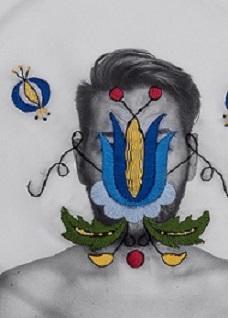 Would you like to be informed about the place and date of the exhibition?